Market participants have dissected every word uttered at the US Federal Reserve’s Jackson Hole symposium, trying to draw concrete conclusions from a virtual event. The world’s most powerful central bank will at some stage dial down the extraordinary support to the economy and, at an even later stage, hike interest rates – this remain as clear as before the event. However, it is in no hurry to do so, also because inflation is no real worry – or is it? Five Vontobel investment experts from various Vontobel departments debate the issue.

Christel Rendu de Lint, Deputy Head of Investments Vontobel: Let’s start with a topic that is on everybody’s mind: Where do you think inflation is going?

Felipe Villaroel, Fixed Income Portfolio Manager and Partner at Vontobel’s TwentyFour Asset Management: At the moment, we cannot be 100 percent sure that all inflationary pressures will end up being transitory, even though most of them are linked to Covid and supply-chain issues like semiconductor shipments. Such pressures could remain with us much longer than expected – in fact, that’s already the case. This may increase inflation expectations with wages reacting to that, which then could lead to second-round effects with higher prices leading to higher wages and so on. In this case, central banks would have to react with tighter monetary policy. Of course, there are some structural disinflationary effects stemming from technological innovation, for example. But something has changed versus the previous financial crisis. This time around, the banking sector has twice or even three times the level of capital than in the aftermath of the Lehman Brothers collapse, and the strength of the banking sector is reflected in credit growth. If you look at central banks’ broad money aggregates M1 and M2, these measures didn’t grow by that much in the “post-Lehman” era, whilst they increased at an unprecedented rate in 2020.

Christel Rendu de Lint: So for you, inflation could remain sustained and even increase a bit from here. Is that a view that you share, Mondher, Sven and Dan?

Mondher Bettaieb Loriot, Head of Corporate Bonds, Vontobel: We’re a bit more relaxed on inflation, especially sustained inflation. Interestingly, the US Federal Reserve differentiates between services inflation and durable goods inflation. Whilst the former remains extremely well-behaved without any danger emerging there, the latter is a bit different. But the influence from durable goods inflation should ease with time, as should inflation as a whole towards the end of the year and the beginning of 2022. But this is a bit beside the point anyway because the Fed has a new framework. They look at average inflation over time, so they can be very patient and indeed, they’re going to be very patient, and why is that? When US Federal Reserve Chairman Jerome Powell looks at inflation, he also considers a period over the past 25 years until the pandemic. And when you look at that data, durable goods readings were essentially and constantly negative. So, you know, disinflationary influences are not gone. Therefore, inflation is hopefully a temporary phenomenon that should dissolve and leave the financial markets where they are.

Sven Schubert, Senior Investment Strategist, Vontobel: I agree that inflation should come down in the next couple of months, but things are less clear longer-term. On the one hand, digital goods and services enter the consumer basket – think of robotics, 3D-printers, virtual conferencing, music streaming – keeping prices under control. This could be the case in the years or even decades to come. On the other hand, there is a new inflationary trend linked to sustainability. For instance, how high will a carbon tax be and when will it arrive? We don’t know.

Dan Scott, Chief Investment Officer, Head of Impact & Thematics, Vontobel: We’re relaxed short-term, for sure, but regarding structural factors, there’s a change underfoot. We are now seeing some of these being inflationary. Globalization was disinflationary, but globalization is being undone. You see all the companies trying to onshore or near-shore their supply chains. They don’t like that they can’t source semiconductors. They don’t like that even if they could source semiconductors, putting them on a ship at the moment is expensive. At the same time, digitalization is disinflationary. Years ago, an Uber ride from downtown Zurich to the airport cost you about 50 Swiss francs. Now it’s half of that, at most. Bring on 5G, and that makes autonomous driving possible. And with the driver accounting for 80 percent of the cost of your ride, you guess where this is going. But to be honest, I think that what we should be afraid of is not getting enough inflation, because a bit of it signals that the economy is in good shape.

Christel Rendu de Lint: So where does that leave us? Could the Fed overreact? Felipe, you seem to be pushing a slightly more “hawkish” line than the other participants …

Felipe Villaroel: To clarify, we do expect inflation to come down next year but not by much. I think the Fed will start “tapering”, i.e. withdrawing support measures via massive bond purchases, in December or in January 2022. But more important is the pace of this happening and how long it will take the Fed to actually start hiking interest rates. Their tolerance of inflation has increased, but then, the Fed is no portfolio manager. The question is how much inflation fixed-income investors can tolerate.

Dan Scott: Tapering isn’t the same as tightening. Of course, duration – the portfolio’s sensitivity to interest rate changes – is a very big topic, and at the moment, duration risk is something we would generally like to avoid. Having said that, it’s also important to hold, for instance, a 20-year Treasury bond because that provides portfolio smoothening. In a multi-asset class context, there still is sense in holding government debt. However, investors should also have some inflation protection. Equities provide such a hedge, as does gold, for instance. It’s a question of how central banks are going to exit this decade-long project of quantitative easing, i.e. ultra-loose monetary policy, and it’s not going to be easy.

Christel Rendu de Lint: So the question is will they exit at all? Mondher, what do you think?

Mondher Bettaieb Loriot: I don’t think they will rush to liftoff because really what we see is extremely structural. Interestingly, no “hawkish” inflation surprise came out of the recent Jackson Hole symposium of central banks, and this is important for the so-called long-run dots, the Fed’s own interest rate projections. As long as the long-run dots remain well-anchored, the Treasury yields should stay relatively stable and where they are, and this is a good environment for corporate bonds and equities.

Christel Rendu de Lint: Sven, a million-dollar question for you: Where is the dollar headed?

Sven Schubert: A chief strategist of one of our competitors said that the currency market is the biggest flea market in the world because you have so many different participants with different interests like equity or bond investors. This makes it hard to explain daily forex moves. But actually, for a medium-term outlook, all you need is a focus on the core market drivers such as valuation, cyclical developments, and relative monetary policy. In terms of valuation, the dollar is perhaps slightly overvalued medium to long-term. As regards cyclical drivers, the current gradual slowdown of the global economy should start benefiting the dollar somewhat. This would hold particularly true if the Fed were the first big central bank to tighten monetary policy. To really see a strong dollar rally, though, we would need to get much closer to a first US interest rate hike. We’re definitely not there yet, the Fed has a very solid track record in disappointing the market. In all my years as a forex strategist at Vontobel, the Fed has consistently pushed rate hikes further out.

Christel Rendu de Lint: The views of all of you on the impact of inflation seem pretty benign. So are you perhaps worried about growth? Anything that keeps you up at night?

Mondher Bettaieb Loriot: Growth has peaked but I don’t think we’re in trouble. We’ll probably revert to levels of 2 or 2.5 percent of GDP growth, which is good enough in a “lower-for-longer” regime.

Dan Scott: Well, not all my nights are equally restful. But when we look at corporate activity, capital expenditure is at levels not seen in decades. This means companies are reinvesting their profits, and that’s good for growth and something that was lacking after the global financial crisis. I don’t see any signs of us heading into a recession.

Felipe Villaroel: Like my colleagues, I don’t think growth is a problem, although it has peaked after a massive increase in the past few quarters.

Sven Schubert: We would probably be in trouble in a kind of 2018 situation when the Fed hiked rates during a global slowdown. This could be considered a policy mistake. But again, we’re nowhere near this moment. I won’t lose any sleep – or any more hair – over the Fed putting off interest rate hikes.

Christel Rendu de Lint: Gentlemen, thank you very much. It seems that we’re all cautiously optimistic regarding the economy despite different views on inflation. 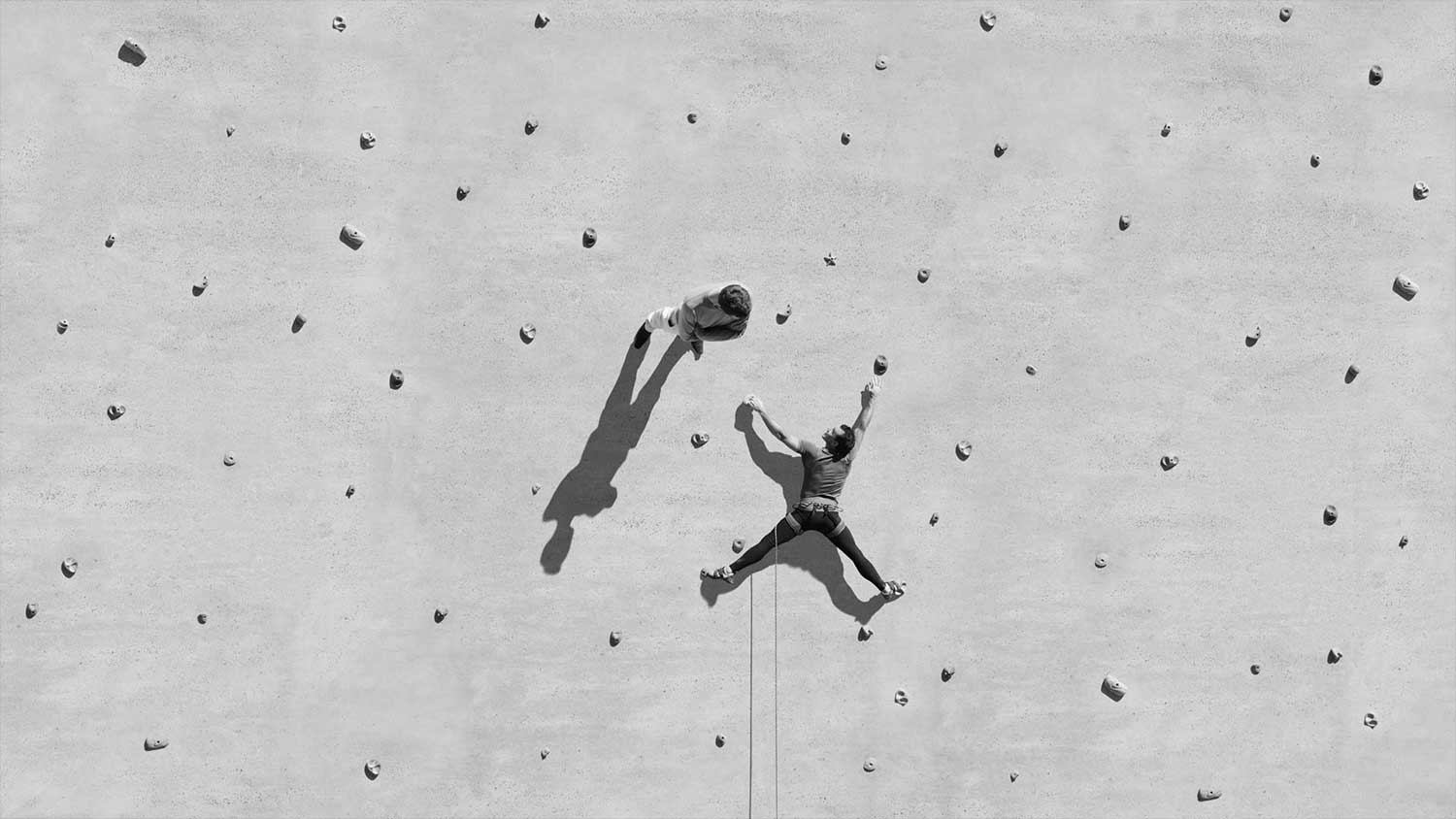