On Tuesday, the US Federal Reserve stepped in to support markets by cutting rates by 50 basis points. This follows the ongoing worries in financial markets concerning the economic ramifications of the further spread of the coronavirus. This should calm corporate credit markets and maintain an environment that will continue to deliver returns.

Towards the end of February credit spreads in the European Area (EA) investment-grade credit market started oscillating with an upward bias, although in line with our beginning-of-year expectation that spreads would oscillate during the course of 2020, hence making it a good carry year.

The spread of the coronavirus (COVID-19) was the cause of the widening move in February. The virus has now reached six continents and caused financial alarm in the riskier global financial markets, especially global equities. We remain sanguine and calm about this panic and are firm believers that the situation will settle down considering the road map we have adopted (highlighted below), with the widening spread move most likely to start reverting over the coming weeks. We are encouraged by the tremendous wall of liquidity available that requires to be invested in a sub-zero yield world. This liquidity is likely to trump global risks, including this unexpected one.

We expected the Fed to enhance this liquidity at some point. This came into fruition on Tuesday, when the Fed cut rates by 50 basis points. Therefore, our stance remains unchanged: we will keep on carrying on through COVID-19 as modest economic growth is, in the end, a perfect environment for investors to continue to focus on collecting current and coupon income (no recession forecast). The widening spread movements for February ranged between 15 to 30 basis points for senior bonds, and 30 to 45 bps for subordinated instruments. Cyclicals were more affected than conservative sectors, with telecoms and utilities outperforming.

As mentioned above, we remain sanguine about the economic ramification of the coronavirus and have decided to regard it as a stronger form of influenza than the normal flu, but just a flu disease nonetheless. Our conclusion is informed by medical doctors' opinions, namely medical practitioners and specialists in respiratory illnesses. This, in theory, means that COVID-19 should follow a similar seasonal transmission pattern to normal flu, with the number of cases continuing to increase during the first part of March, peaking during the second part of March, and starting to recede from the beginning of April. Europe’s transmission curve may peak earlier than the Chinese one did, because of lower population density, and lower levels of pollution (that weakens people’s respiratory strength).

Anecdotally, we note that the best environment to consider the case fatality ratio (CFR) for the coronavirus is the cruise ship Diamond Princess, which was docked in Japan. We believe that this is the best environment for reliable reporting of the disease and, therefore, we view it as a lab environment for COVID-19 as access to this ship was forbidden and controlled by the Japanese authorities. Additionally, we would treat this environment as a “worst-case scenario” as the age bracket of people going on sea cruises tends to be high, which would in theory make the results worse or skew up the CFR (with older patients being more at risk).

On this cruise ship, all people were tested so, again, there is no under-reporting with results being most reliable, in our opinion. The observations collected indicated 705 confirmed cases, out of 3700 passengers. Over a period of about two weeks, the disease resulted in just four deaths. Medical conditions were probably higher than the average, leading to a CFR of just 0.6%. This CFR is about three-to-four times the CFR for the normal flu, so not that alarming considering the older age bracket of this particular sample. What also goes unreported is the number of recoveries generally experienced from diagnosed cases worldwide. The number of recoveries is indeed quite high according to a Johns Hopkins University database that follows global COVID-19 cases in real time, pointing to the alarm over the virus being somewhat overdone (see chart 1).

Here we would like to re-iterate the normal flu seasonal transmission pattern, as it should help the investor community to put this disease in perspective and alleviate the alarming developments. Our baseline scenario assumes that the outbreak should be contained from the beginning of the second quarter and, under this assumption, its economic impact should be manageable. The developed economies will suffer temporarily. However, we do not expect any recessions, especially if the spread of the virus remains a first quarter event. Furthermore, certain economic indicators (i.e. PMIs) have been outperforming expectations so far this year, indicating that both the US and EA economies have remained resilient. Consumers might become a bit more cautious, but this should pass and they should remain the driver of aggregate demand sustaining economic activity. For the US economy, growth should remain positive, but slightly weaker at below 2%, whilst in Europe growth should still be sustained at around 1%, driven by domestic demand and the need to replenish inventories. These rates are also in line with the latest figures from the OECD on the impact of the coronavirus on global growth (see chart 2). 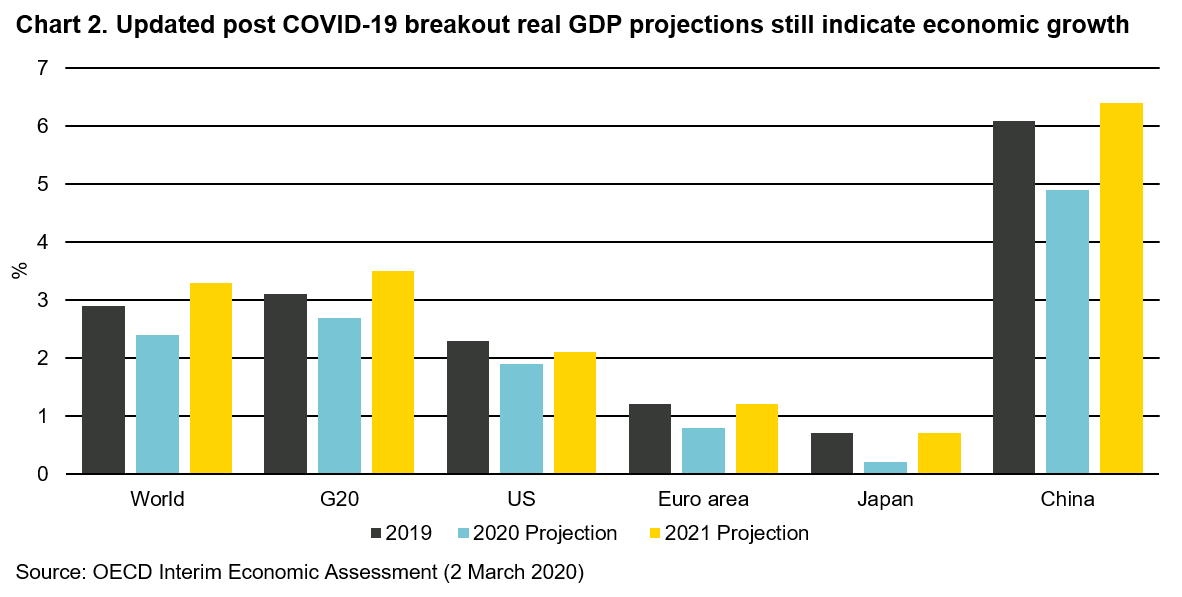 The silver lining over this development, as there is always one, and a calming factor, is also the fact that the Fed is not just standing on the sidelines, but has shown its willingness to act. They will definitely be required to sustain both consumer and business’ confidence to avoid a material change in their economic outlook. The latest data over the spread of COVID-19 in the US and the continued virus spread forecast for early March, indicates that the Fed will have a tendency to continue cutting rates so as not to be overtaken by events. The risk of material change in the outlook for the US economy will make them act sooner rather than later in a bid to sustain the cycle. As a matter of fact, the Fed released a short statement already late Friday afternoon (28 February) saying that they are monitoring COVID-19 and “will use our tools and act as appropriate to support the economy”. This was then followed by the 50 bps rate cut on Tuesday. These types of communication and actions are rare, and should act as a fire-breaker for the alarm that has developed in the financial markets, in our opinion.

Indeed, it would seem that the Fed, through its statement and rate cut, is exhibiting another major pivot in that they are not in a wait-and-see mode, preferring to move proactively. Expressions “as needed” or “as appropriate” have always preceded major actions like in 2008, or last year when the Fed did its last pivot and delivered three cuts. Tuesday’s cut, therefore, acts as a first insurance cut, as a rapid spread of the disease in the US could have a further negative impact on inflation expectations at a time when Chair Powell is extremely uneasy with the most recent and sideways move in such expectations. Mr. Powell will also be wary of tightening financial conditions when businesses might require extra cash to finance extra working capital. It is also probable that policy makers announce that they will extend the ongoing balance-sheet expansion should the equity market sell-off continue.

In all, we would now expect both the spring weather and further monetary stimulus or accommodation to restore normalcy and recovery. Should this materialize, this would be a perfect environment for investors to continue to focus on collecting carry income with a decent perspective for credit spreads to tighten again. All that is needed for spreads to perform is the prospect for modest economic growth, which is still forecast, as mentioned above. Furthermore, with the US Treasury curve having repriced lower permanently with the latest Fed cut, capital will chase corporate spreads and carry, now even more so in the US credit market. In Europe, we have learnt long ago not to fight central banks. Today this is all the more valid with the Fed. 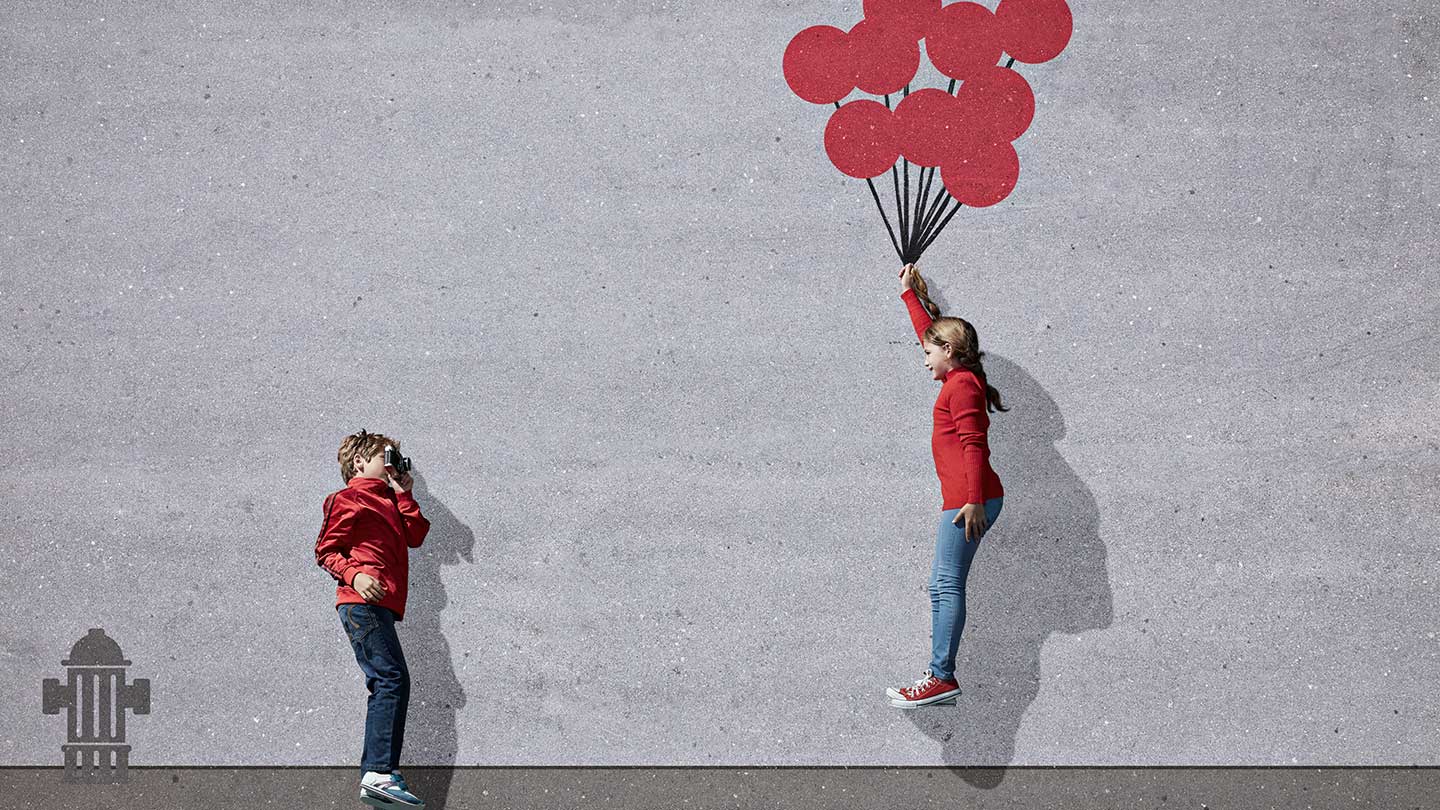 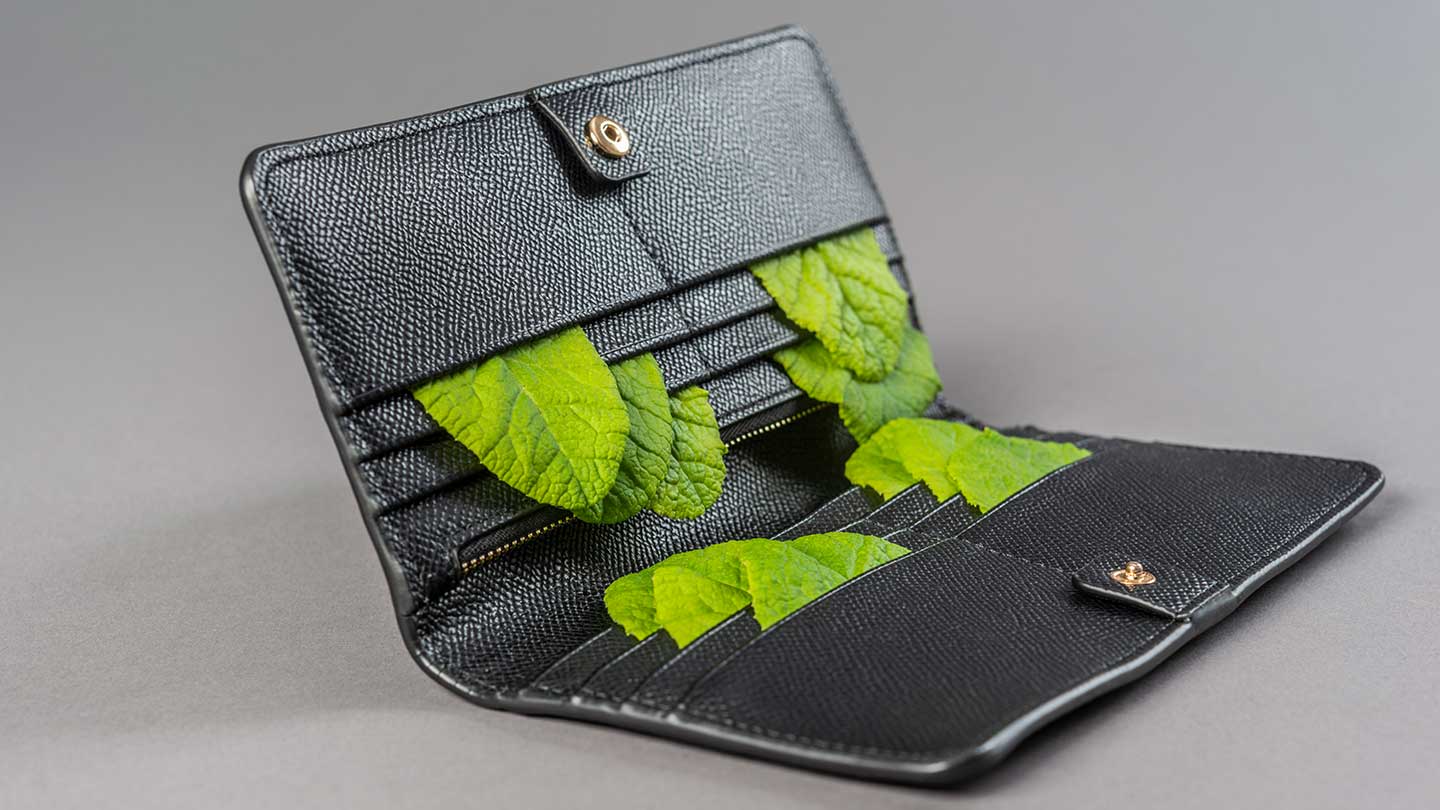 Where will bond markets go in 2021? The team heads of the Fixed Income Boutique give you their top predictions for the year. 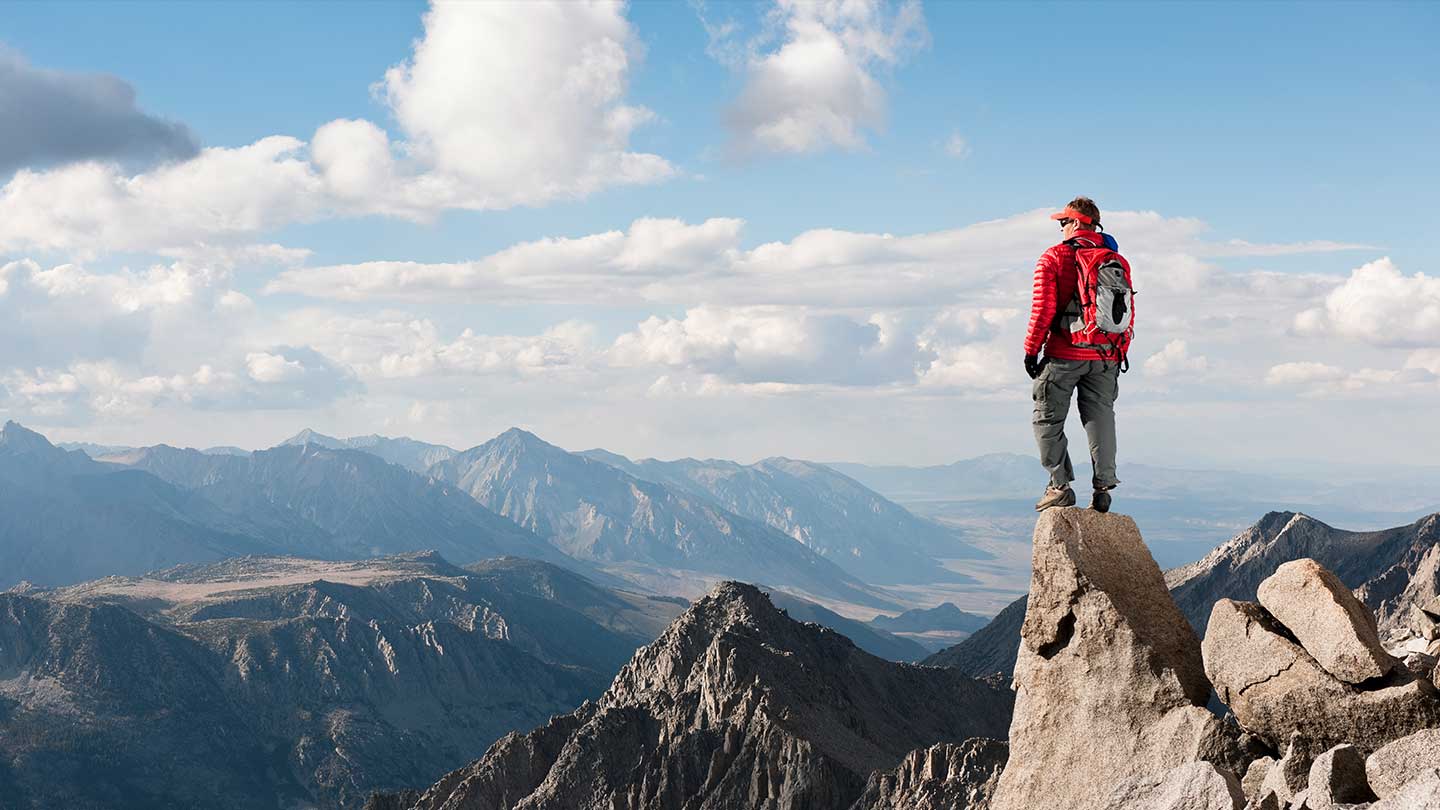 Conquering the corporate credit summit: How to tackle bond markets like mountaineers

Just like mountaineering, bond investing is about managing risks. In this Viewpoint Claudia Fontanive-Wyss and Stefan Hüsler from the Corporate Credit team explain how to conquer the corporate credit summit. 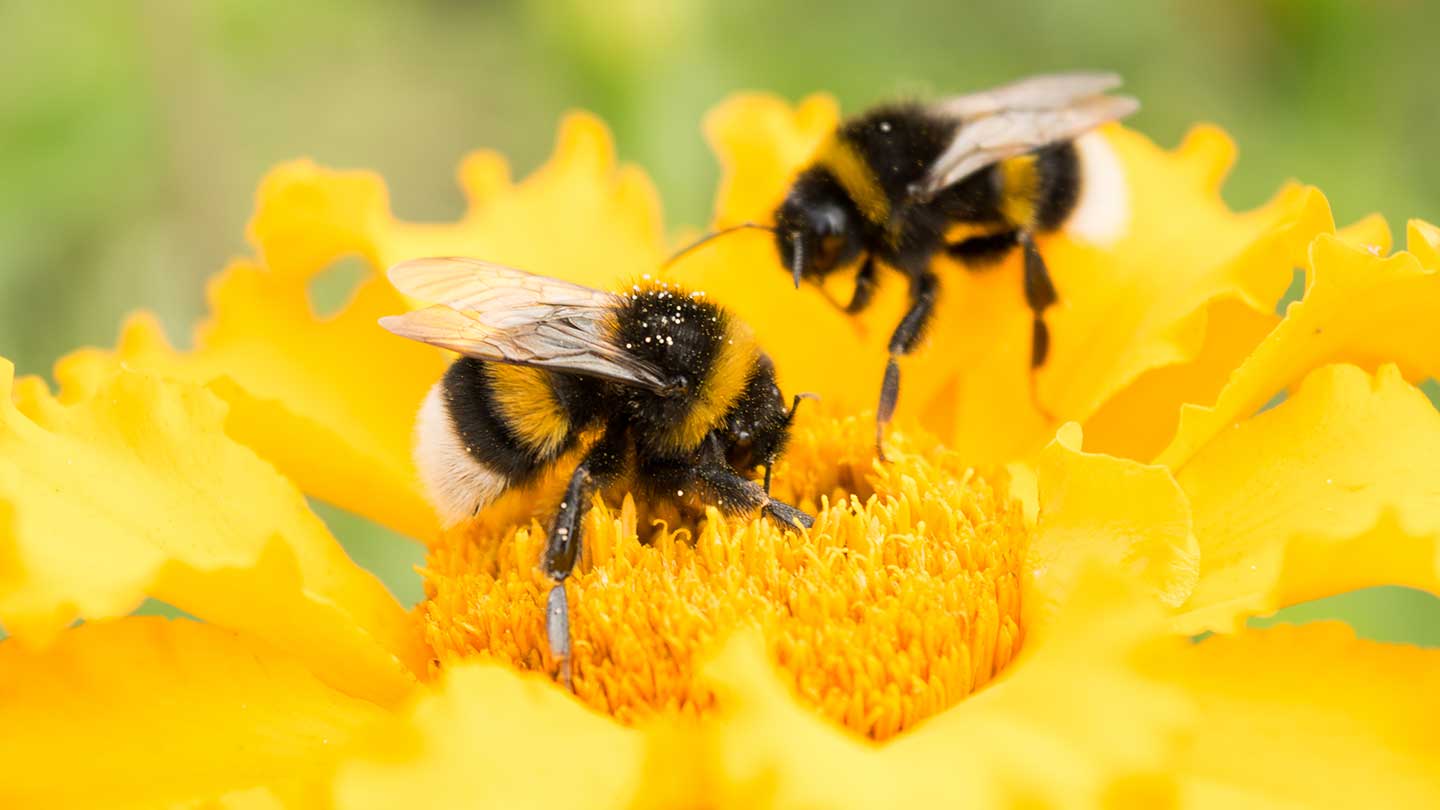 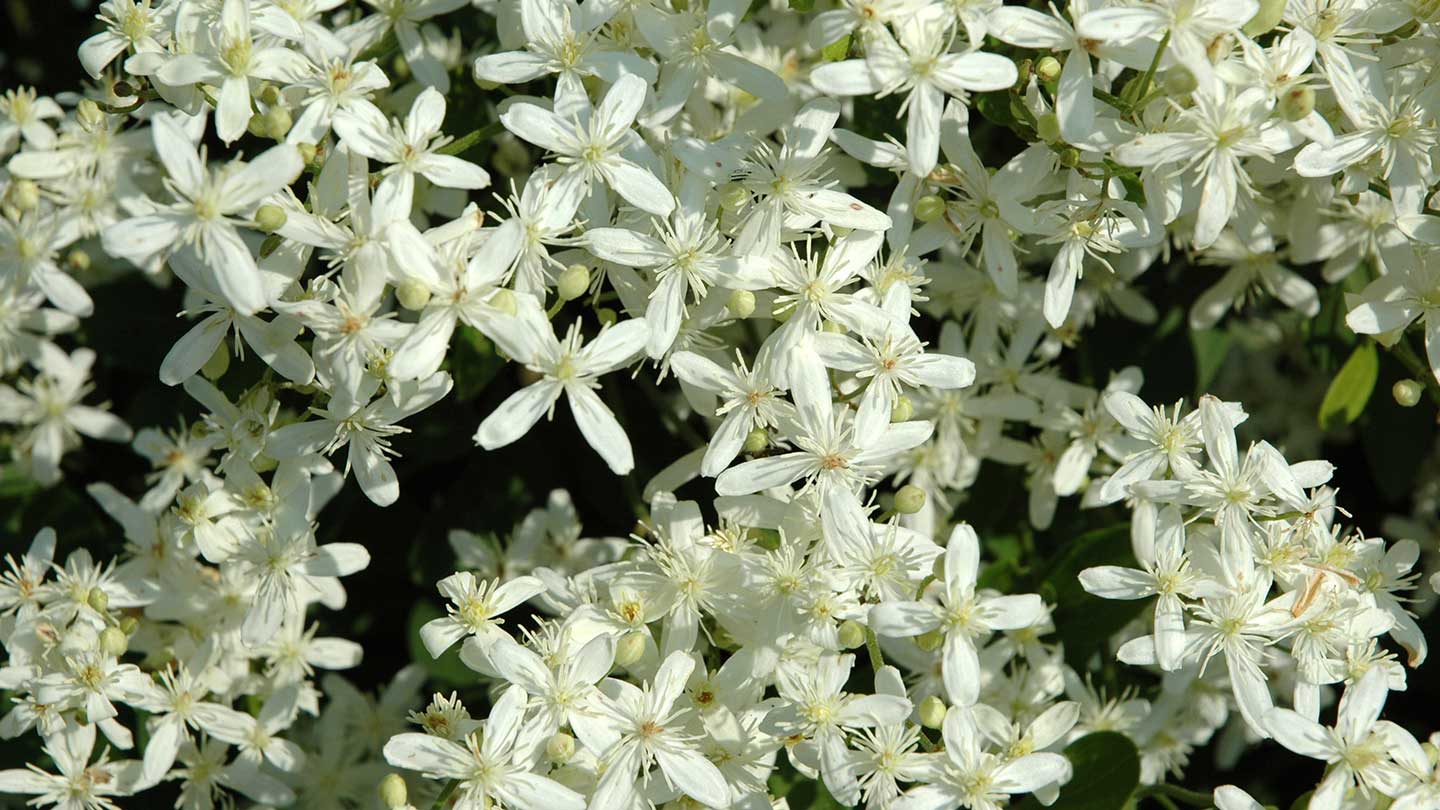 The sweet spot for corporate credit is here

As autumn approaches, Head of Corporate Bonds Mondher Bettaieb and Portfolio Manager Claudia Fontanive-Wyss believe developed market corporate credit is entering a sweet spot. In this Viewpoint, they explain why.