This is the festive season of good cheer, and, in Switzerland, it is right in the middle of the winter sports’ season. If there’s one thing the Swiss like as much as chocolate and referendums, it’s winter sports. The Christmas holidays are the perfect time to jump in a sleigh or on some skis and add to the Swiss GDP with the resulting enormous medical bills (as our Head of Emerging Market Bonds Luc D’hooge can confirm).

As a team of contrarian investors dealing with emerging markets, during this frosty time of year, we feel a particular affinity with the original Jamaican bobsleigh team. After all, what could be more contrarian than a group of athletes from a tropical emerging market country competing in a cold-weather sport on the ice?

Against all odds, in 1988, the Jamaican bobsleigh team qualified for the Calgary Olympics and made a competitive showing. The narrative was so inspiring that it spawned a 1993 Hollywood movie, Cool Runnings, which is loosely based on the true story and became one of the blockbuster films of the year.

So with that in mind, let’s push off and take a swift – but cool – run through what we see ahead of us in emerging market bonds as we glide into the new decade: 2020 here we come, Ya Mon!

We expect interest rates to remain low, with investors continuing to seek spread in a low-to-negative yield environment. From this perspective, for both emerging market sovereigns and corporates, the prospects for 2020 are attractive for long-term investors as, within fixed income, they remain among the highest yielding asset classes. In addition, both benefit from excellent Sharpe ratios over the long term. From an asset allocation perspective, we believe it makes sense for investors to allocate to both sovereigns and corporates as the risk drivers are different and the composition differences of the underlying indices enhance the diversification of a portfolio.

That said, we want to cool investors’ expectations, as hoping for a repetition of 2019 would be too optimistic. Indeed, the yield in emerging markets indices (and US Treasuries) is lower now. However, it is important to note that in 2019, the sovereign index (JPM EMBIGD) saw the inclusion of high-quality Middle Eastern issuers and the removal of high-yielding Venezuela. These two steps increased the average credit quality of the index and explain most of the spread tightening at the index level.

At the same time, many issuers have been able to extend the average maturities of their debt. This reduces the default risk but increases the interest rate sensitivity of the sovereign index. Nevertheless, the average duration extension we have seen over the past few years is dwarfed by that seen in many well-established Western bond markets.

The emerging markets corporate asset class continues to expand with the stock of issuers now approaching 2.5 trillion US dollars, of which Asia represents around one trillion dollars. The growing size of the asset class is important in enhancing liquidity. Many people still, mistakenly, believe it is an illiquid asset. At the corporate level, investors are more exposed to corporate default risk, but we believe these risks are overestimated. The advantage of having high ex-ante default risk is that you are compensated for the risk with a higher spread, and issuers typically are not able to issue long-dated securities. Therefore, the duration risk is much smaller than for other fixed-income asset classes.

US dollar, good or bad?

Some people still fear that the dollar will remain strong. We don’t know if it will, and, in fact, we don’t think investors need to concentrate on the currency, but rather the asset class. The idea that a strong US dollar is bad for emerging markets is a myth based on incorrect assumptions. It all depends in what currency you measure your performance. Most investors tend to measure their performance in US dollars, so if you measure the performance of emerging markets local currencies in US dollars, it’s obvious that when the reference currency is strong that you have a high likelihood of seeing a weak performance number. Generally, in those times, emerging markets local currencies perform better versus the euro. On the other hand, external debt tends to be pretty much independent from US dollar performance.

It is important to look at the reason why the US dollar remains resilient. The greenback is currently holding firm because, relative to other economies, the US economy is strong. A solid US economy should be good for emerging markets as it is still the largest economy (or second largest on PPP terms) in the world. On top of that, the US Federal Reserve cut interest rates in 2019 as an insurance against a recession. In doing so, it has allowed emerging market economies to cut rates as well. Moreover, sometimes the dollar is strong because it behaves like a safe-haven currency when investors are fearful. When that is the case, it points to people pricing recession risks and this is generally bad for emerging markets. Finally, we believe the velocity of movement in the currency is more important than its level. When the relative value of a currency changes too quickly, economies do not have enough time to adjust, whereas if the level is high (but stable), economies have time to adapt.

Where the bright spots are for active managers

In emerging markets corporates, our biggest country exposure in absolute terms is China. China is the largest country in terms of issuers and we see many opportunities for active managers. We also like Indonesia, as quite a few Indonesian high-yield issuers have corrected in recent months.

In Latin America, we like both the sovereign and corporates in Mexico, but mostly on the corporate investment-grade side. We also approach 2020 with an overweight in Argentina in both sovereign and corporates (which we have consistently commented on). Most Argentine sovereign bonds are pricing in a severe restructuring; however, we expect a much softer outcome, and therefore feel confident with our exposure.

In Asia, we are underweight in the higher-rated countries such as Korea and Singapore. As these countries are strong, the companies are mostly highly rated investment-grade companies. Since a big part of returns in 2019 is due to declining rates, we prefer less rate-sensitive securities.

In the sovereign strategy, we currently most like the African frontier markets, especially since the correction in May; in addition, they offer good diversification. The Ivory Coast is our biggest overweight, having strong growth for more than a decade now, sound policies, and several upgrades – receiving another positive outlook change from Fitch recently.

Declining rates were the main driver of returns this year. Investors piled into short-duration funds, missing out on returns as falling rates continued to push bond prices higher. An important advantage of longer-dated securities is that they usually pay more as credit curves tend to be upward sloping, which they are now more than last year. For most of 2019, we held a small underweight in duration, mainly to limit the volatility; nevertheless, we added exposure to the long end of the curve as the spread curve is currently steep, probably due to investors’ dislike of duration with the current low rates.

Going into 2020, we like longer-dated paper due to the above-mentioned steep credit spread curves, but we continue to hedge some of the interest rate exposure because we are credit selectors not duration bettors. In the end, the duration in our strategies is the result of our bottom-up credit selection.

Evade the dangers of dispersion

A key theme for us going into 2020 is the dispersion in returns. Investors experience this dispersion through high volatility with some countries and individual securities diving or soaring. As we see this dispersion trend increasing, it calls for an active investment approach.

The causes for return dispersions are myriad, but one negative driver is political risk, which is always a factor when investing in emerging markets, and this has been the stand-out development of 2019. This year, we have seen an escalation in societal tensions in both emerging and developed markets, which increases the risk of contagion. It began in developed countries with the yellow vest protests in France at the end of 2018. Shortly thereafter, it continued with the climate activists’ demonstrations that, among others, paralyzed a few western cities.

Then, the tide of social discontent spilled over to emerging countries where the sentiment of economic inequality and political frustration spurred a wave of insurrection against unpopular reform agendas. Algeria, Iraq, Lebanon, and Hong Kong opened the floodgates and then came the Latin American autumn of uprisings witnessed in Ecuador, Peru, Bolivia, Chile, and Colombia. As a result, some local-currency markets suffered.

Should we witness an easing of political pressures in 2020, we would expect a strong rebound in local-currency markets. Countries that we are looking at to rebound in such a scenario are Chile and Colombia. The former is by far the one having the most capacity to meet most of the protesters’ demands and re-empower its population, the middle class in particular. Colombia has less financial leeway to do so, but is genuinely the most economically dynamic country of the Andean region. In both cases, we expect social tensions to fade away progressively, opening the door to a hefty rebound in valuations. The bulk of a rebound would be felt in currency valuations, as government bonds may be held back by the pressure on public finances for increased welfare spending to find a resolution to the protests.

While we are inspired by the dedication and speed of the Jamaican bobsleigh team, when it comes to investing in emerging markets, we recommend sticking to a more prudent pace. The emerging market fixed-income universe is inefficient and, therefore, investors shouldn’t just jump in and hold on for the ride. Rather, they should adopt a patient approach that takes advantage of the inefficiencies by actively seeking bonds that offer the best risk/reward potential. Once those positions are in the portfolio, they require ongoing reassessment, and tactical management of liquidity, diversification, and overall risk. Perhaps the most succinct piece of advice in regards to this comes not from the Jamaican bobsledders, but from a Jamaican proverb:

So, in closing, from all of us in the Emerging Markets Bond team, we thank you for your readership in 2019 and wish you a Merry Christmas and an Irie New Year. 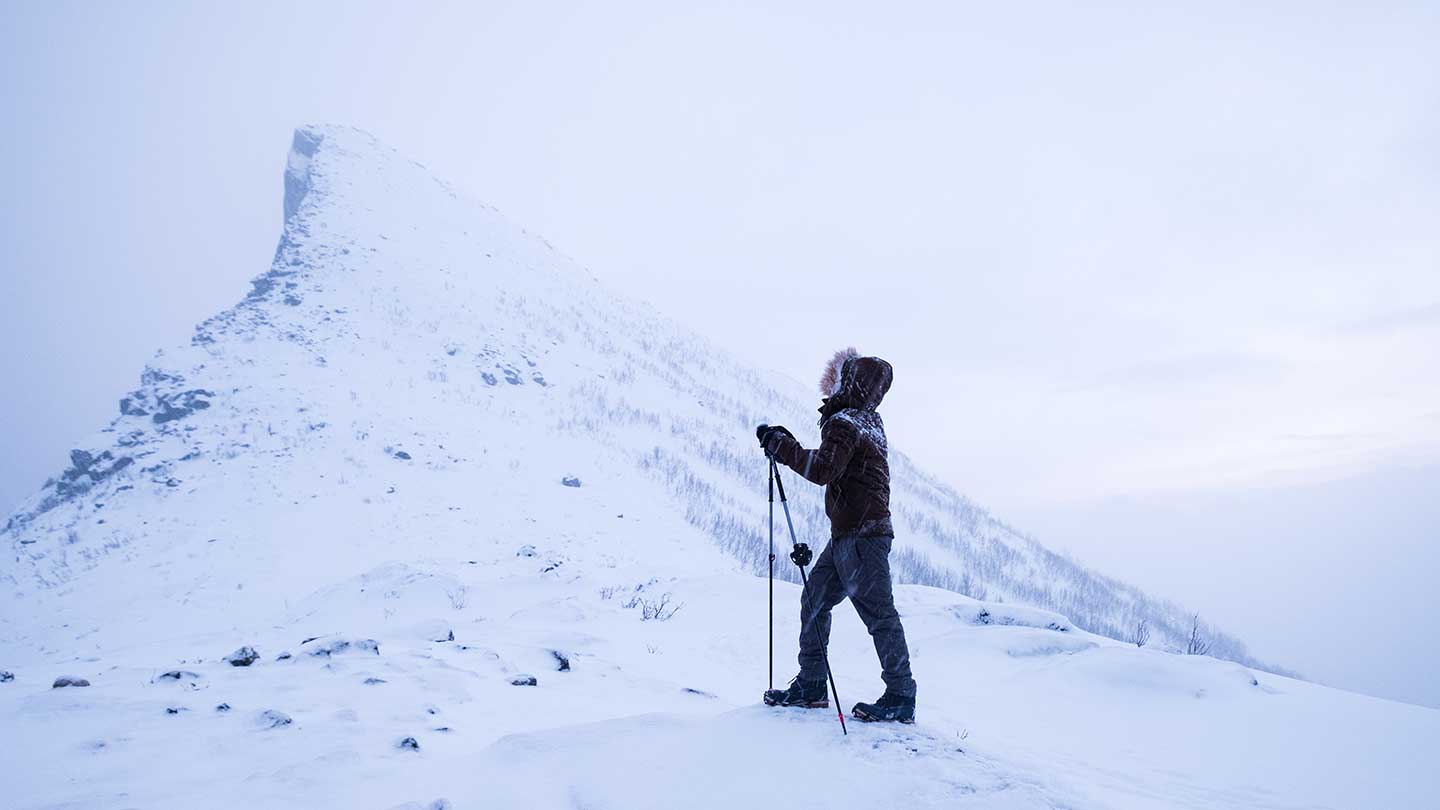 In an eye test, a result of 20/20 is a good value. Does this possibly indicate a good investment year 2020? The eyesight of our experts from the OCIO & solutions team is not necessarily better than in previous annual forecasts. Nevertheless, they are taking clear positions for the coming months and expect a moderate increase of 9% in equity markets in developed markets.